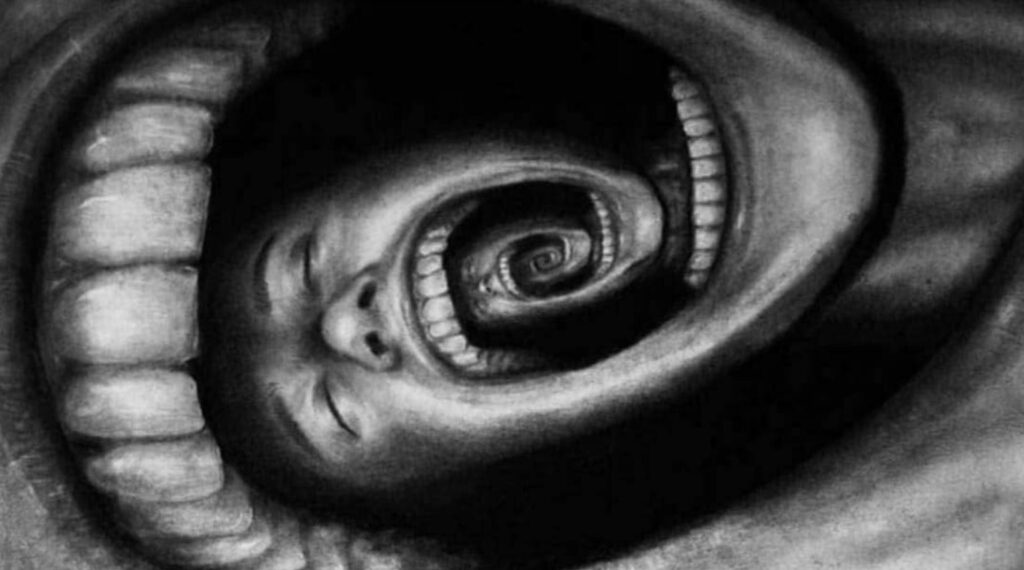 With the winter cold now firmly in place, the holiday frenzy over, a certain blues sets in in January. It’s hard to keep your spirits up, but what better than a concert to get together and see that we’re all alive! For us this weekend did not end with just one but two concerts that made us vibrate. An intimate one, at Le Cerbère de Saint-Jérôme, where it all began. The other, in unknown territory: Quebec City

It was our third visit to Saint-Jérôme, a first to work with Denis on sound, who did a very good job. Each time we manage to attract new people but also several familiar faces to join the crowd on this Friday the 13th. We felt the receptive crowd from the first notes of the show and we transported them as usual through all the eras of the band’s career. The evening ended with a cake, highlighting the birthday of our cheap Maynard. We are not superstitious and everything went perfectly, setting the table for our trip to Quebec.

The old capital had been waiting for us for a long time (it was the resumption of a show canceled last summer) and to say that we were impatient to tread the boards of La Source de la Martinière is an understatement. The team on site was also waiting for us, and we were well received. A very beautiful scene, a good sound engineer (thanks Sasha!), an effective and pleasant sound test, a surprising ticket sale (FULL), a photographer to immortalize the moment (thanks Alexis!) … the table was set for a good spectacle ! The crowd at the door was intense at the beginning of the evening, the room was practically at capacity when the group had to cross the room to access the stage. The group was in great shape and the large crowd was electrifying. We had selected a lot of songs and managed to establish a cohesive order, we played them to the best of our abilities, with confidence and a lot of fun. We felt all the love from the audience towards TOOL’s music and all felt a sense of privilege to be the messengers. The table is set for future shows in the region and we look forward to returning in the spring.

Can’t wait for the cold season to end 🙂

Out with the old, in with the new

New year is not about expecting, hoping and wishing, it’s about doing, being and becoming. We hope 2023 is an incredible part of your story, every moment is a fresh beginning, just make sure to do it with love and passion.

Speaking of change, following our collaboration with visionary artist: Cameron Gray, we is very pleased and excited to announce the launch of our new image and our brand new website for 2023. With a fresh new look and user-friendly navigation. With the aim of providing visitors with a much easier way to access information, the Parabolus – Complete Tool Experience home page showcases options for English/French versions, and the essential information for news, events and EPK information. The site also contains the integrated social media buttons for Facebook, Youtube and Instagram to ensure easy browsing between the various platforms.

We hope that we would provide a really positive user experience for our customers. Please take a look around and start to discover more about Parabolus – Complete Tool Experience. We hope that you will enjoy our new site, and thank you 10 000 times in advance for your continued support! Spiral Out🌀🖤🌀

In its beginnings, this project was already intended to be more than a group playing the music of TOOL.

We wanted our passion for music to resonate with others and eventually surround ourselves with talented people who could bring their talents to the project.

We all agree that what makes TOOL unique is its ability to weave all aspects of art into a cohesive whole.

Music is the cornerstone from which all inspiration can blossom into images where complex concepts and mystical references can be expressed.

TOOL has collaborated with many artists over their career including Cam de Leon, Meats Meier, Chet Zar and Adi Granov to name a few, but most notably Alex Grey whose visionary art is a visual expression symbiotic relationship between the band’s music and lyrics since 2001.

In order to define the image of the tribute project, we were looking for a partnership with an inspired and creative artist who would be in harmony with the themes and visions of TOOL. During our research, we discovered the work of a brilliant artist who was also enthusiastic about participating in the Parabolus – Complete TOOL Experience project. Therefore, we are delighted to announce this new collaboration with renowned artist: CAMERON GRAY.

His work is impressive and joins us spontaneously. We invite you to visit his website to see his undeniable talent.

We look forward to showing you the first poster which will be completed shortly.🌀